Scottish Harp Society of America Has a New National Champion

The Scottish Harp Society of America (SHSA) and the Clan Currie Society are pleased to announce that Allison Miller of Lisbon, Ohio is the 2012 U.S. Scottish Harp Champion of America. The championship was held on Saturday, September 22 at the 54 Annual Ligonier Highland Games in Ligonier, PA – just east of Pittsburgh, PA. Judging the Nationals were harpers Jen McGovern Narkevicius and Sue Richards. The 2012 competition also marked the celebration of SHSA’s 30 anniversary. 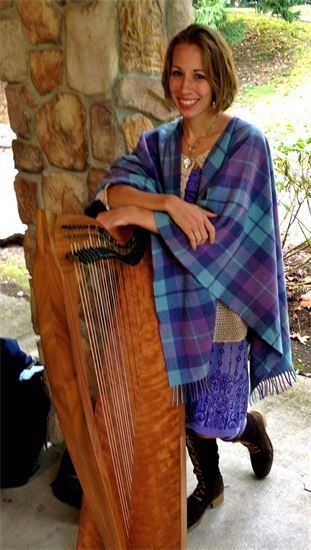 It was a successful event, with a full flight of competitors. The championship hosted competitors in four Special Categories as well as solo artists at every level of ability. Many traveled halfway across the country to take part. Judges Narkevicius and Richards had a challenging event to judge as the quality of the competitors’ performances were extremely high. In addition to judging, they provided competitors with thoughtful feedback on their performance.

For Allison Miller, the win was unforgettable. "It has been quite an honor to receive this award, and I am very grateful to everyone who has ever taught me a harp tune, and the people who have given me the encouragement and inspiration to reach this level of performance and repertoire.”

Commenting on Miller’s award-winning performance, judge Sue Richards said: “This was the best competition yet! There was tight competition on almost every level, and it was very difficult to judge. Precision and style, choice of tunes, and attitude were extremely important. We are very happy that competitors travelled long distances to compete. We are very proud of what we have accomplished since SHSA was founded 30 years ago. We are also grateful to the Ligonier Games for hosting our event.”

The championship was – and will continue to be – sponsored by the Clan Currie Society, who has entered into a five-year commitment to act as Title Sponsor for the Championships through 2014. 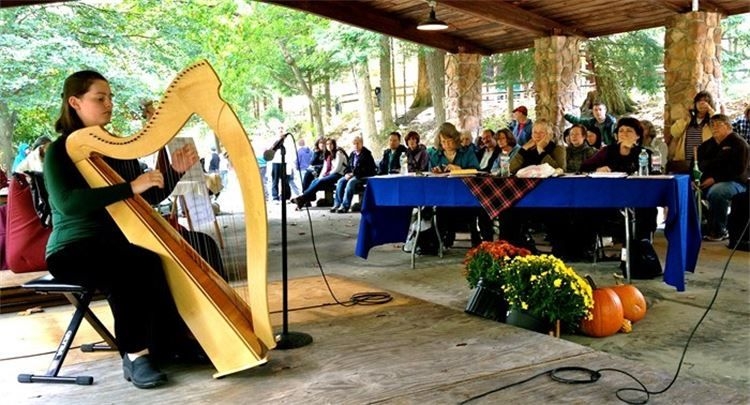 “We are absolutely thrilled to have the Clan Currie Society make such a generous and long-term gift,” said SHSA vice-president and Competition Chair, Jen McGovern Narkevicius. “Part of the success of our National Championship depends upon generous donors like the Clan Currie to ensure we have sufficient funding in place to produce a first class competition. It is especially rewarding when that support comes from a clan with such an ancient and distinguished history of Gaelic poets and musicians.”

According to Robert Currie, president of the Clan Currie Society, the partnership with SHSA is a perfect fit. “The founders of our Clan were the celebrated MacMhuirich bards of Medieval Scotland and the instrument of the Bard was the clarsach.

Over the past several years Clan Currie has sharpened its focus on the arts with our concerts, special events and scholarship program. In addition to sponsoring this championship, we have also established an annual harp scholarship at the Royal Conservatoire of Scotland. We look forward to becoming involved in more of these types of programs in the future.”

Allison Miller began her musical career at age three with Suzuki piano lessons and, although she continued to play piano for the next thirteen years, she began to play the lever harp at age fourteen and began to explore the traditional music scene. She attended workshops at the Ohio Scottish Arts School and, after completing an undergraduate degree in biology, had the opportunity to pursue post-graduate studies in Clarsarch (Scottish small harp) and Scot's Song at the Royal Scottish Academy of Music and Drama in Glasgow, Scotland.

Allison taught with Comhaltas coinin Erin in Scotland, has taught both privately and publicly in America, and has appeared in concert in Scotland, Canada, and multiple venues in the United States. She and her sister, Sairey, play as a duo, "The Hired Hands," and they released a CD, Something, in 2009. She has completed her doctorate in Physical Therapy and hopes to bring both good tunes and ergonomic playing techniques to the music world.

About the Scottish Harp Society of America

Founded in 1981, SHSA is a non-profit educational organization dedicated to the Scottish harp, the clarsach, and its music both ancient and modern. Members of the Society include musicians, harp makers, and people who simply enjoy listening to the Scottish harp. SHSA is dedicated to the performing of Scottish Music, both new and old, on the small harps of Scotland. The Society supports the playing of nylon, gut, wire strung, levered and unlevered harps.

About the Clan Currie Society

The Clan Currie Society, an American-based, international, non-profit cultural and educational organization, is the preeminent Scottish-American cultural society in preserving and promoting Highland heritage through an extensive scholarship program and at Scottish Games and festivals, as well as community groups and classrooms.

The Society was originally formed in Glasgow, Scotland in 1959 to further the knowledge and appreciation of the MacMhuirich (pronounced MacVurich) bardic dynasty. The MacMhuirichs served for over 700 years as professional poets to the Lords of the Isles and later to the MacDonalds of Clanranald among other prominent Highland clans and families. The Red Book of Clanranald, one of Gaelic Scotland’s literary treasures, was penned by successive generations of the MacMhuirich family.

Today, the organization is a respected producer of outstanding programs and events to honor Scotland’s rich culture and ancestry. The Society’s signature events include The Pipes of Christmas – a musical celebration of Christmas performed on bagpipes and brass, harp and fiddle, and organ – the annual observance of Tartan Day on Ellis Island - the largest Tartan Day celebration in the country – and the new Harp Glen – a hands on, interactive celebration of the Scottish harp held at the Seaside Highland Games in Ventura, CA.

The Society also hosts the annual MacMhuirich Symposium featuring leading Gaelic scholars and historians. The 2012 symposium was held on the island of South Uist in the Outer Hebrides and brought together many of the luminaries in the Scots Gaelic community to interpret and celebrate the vast accomplishments of the MacMhuirich bardic dynasty which spanned nearly 700 years. The 2013 Symposium will be held in Nova Scotia in conjunction with the 150 anniversary of the Antigonish Highland Games