Dr Domhnall Uilleam Stiùbhart has followed an unusual career path, mixing conventional, and not so conventional, academic scholarship with work in theatre, radio, and television. Brought up in the Isle of Lewis in the Outer Hebrides, he read classics at Magdalen College, Oxford, before returning to Scotland to study the history, literature, and folklore of the Scottish Gàidhealtachd. During this time, however, he also began to pursue a parallel career in the arts as an actor and broadcaster. His work teaching drama to children led him to help set up and work for ten years with Meanbh-chuileag (‘Midge’), a highly successful bilingual theatre-in-education company, presenting plays in Gaelic and English throughout Scotland, especially in remote and socially-deprived communities. 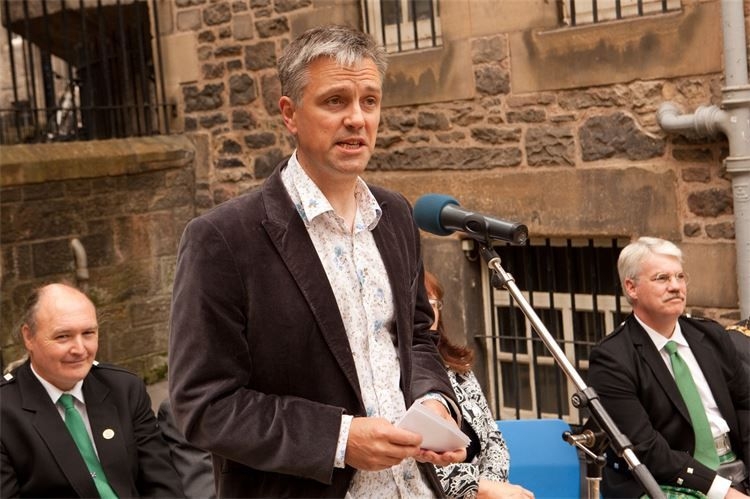 Dr Stiùbhart also spent two years working for the BBC Gaelic Department as scriptwriter, researcher, and contributor on their acclaimed eight-part documentary series Na h-Eilthirich (‘The Emigrants’), the epic story of Scottish Highland settlement across the world. Since then, he has been involved in a constant stream of radio and television programmes as consultant and interviewee, as well as taking on the role of presenter for three recent series: the six-part medieval history Rìoghachd nan Eilean / Kingdom of the Isles; presenter and poet for the artistic documentary Moladh na Maighdinn; and, for radio, the presenter of Cuairt MhicIlleMhìcheil, following in the footsteps of the controversial nineteenth-century folklorist Alexander Carmichael.

Dr Stiùbhart is at present lecturer in Material Culture and the Environment at Sabhal Mòr Ostaig, University of the Highlands and Islands; Senior Researcher at the Carmichael Watson Project, Centre for Research Collections, University of Edinburgh; and post-doctoral fellow at Celtic and Scottish Studies there. He has recently secured a major Research Grant from the Leverhulme Trust for the Carmichael Watson Project to continue studying the life and work of Alexander Carmichael, and will receive an AHRC mid-career fellowship next year in order to research and publish on the Hebridean traveller Martin Martin (c. 1665–1718).