An exhibition of powerful new paintings by Ken Currie, one of Scotland’s most outstanding artists, goes on public view for the first time today at the Scottish National Portrait Gallery. Widely admired for his intense and provocative work, Currie responds in his display to the idea of the portrait, its origins and purposes, and its continued significance. The exhibition features 11 paintings, all but one of which has been created for the Gallery’s exhibition. 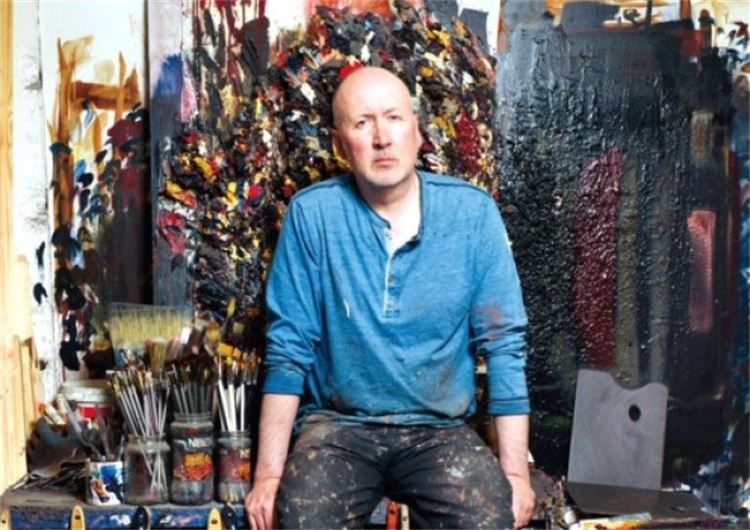 Born in Glasgow in 1960, Currie graduated from the city’s School of Art in the early 1980s. Associated with The New Glasgow Boys group, Currie was launched on to the Scottish Art scene by the landmark 1987 exhibition The Vigorous Imagination at the Scottish National Gallery of Modern Art. While the group had no common agenda, its members shared a commitment to the creation of figurative art, and in doing so demonstrated that painting remained a powerful and relevant means of visual expression.

Already represented in the Scottish National Portrait Gallery collection by his haunting painting Three Oncologists (2002) and searing self-portrait Unfamiliar Reflection (2006) (the latter of which is included in this exhibition), Currie has long been fascinated by portraiture. He does not consider himself to be a portrait painter, but his paintings have often engaged with the tradition and can be seen to carry traces of works by artists who have practised the form, from Old Masters such as Velásquez, Goya and David to modern painters, Munch, Magritte and Bacon.

Currie’s recent engagement with portraiture is suggested by a recurring motif in several of the new works: the death mask. These objects can give a powerful impression of what a person looked like, yet their very existence is reliant on death. This duality is explored in the central painting of the new exhibition, Night Work, which invites the viewer to witness the making of a death mask by two potentially benign or sinister figures.

Currie’s new work meditates on the idea that a portrait can only be a simulation of what a person once looked like at a particular time. In Imago, for example, a man is seen standing next to his portrait. The painting on the easel shows an apparently more vital version of the subject, whose features are now eroding. Another work, Bath House, presents a lone figure standing up to his waist in murky water, his head bent as if transfixed by the distorted reflection of his own appearance; this is a parody of the story of the mythical Narcissus, who was enamoured with his own beautiful reflection.

Commenting on the exhibition Ken Currie said, 'I am delighted to be exhibiting at the Scottish National Portrait Gallery, my first solo exhibition in Scotland in over ten years. Since completing my first commission for the Portrait Gallery in 2001, I have come to engage in a prolonged exploration of the nature of the painted portrait that has culminated in this new body of paintings, made specifically for the Gallery's contemporary space. The paintings will hopefully provide a compelling and thought-provoking dialogue with aspects of the Portrait Gallery's collection and point to the continuing relevance of painted portraits as deeply poignant human documents.'

Director of the Scottish National Portrait Gallery, Christopher Baker, said, ‘We are delighted to host this exhibition during Edinburgh’s festival season and are most grateful to Ken Currie for his commitment to the project. His work prompts powerful responses as he deals with difficult themes in figurative paintings which are carefully considered and painstakingly executed.

Three Oncologists, his triple portrait of eminent cancer specialists, has become something of an emblem for the Portrait Gallery. This new exhibition further develops his relationship with the Gallery and represents a rich and thoughtful response to its historic collection.'

The Clan Currie Society salutes Ken Currie for his incredible body of work over the years and this well-deserved exhibition.