Annual MacMhuirich Symposium to be Held in South Uist

Clansfolk to erect a memorial cairn at "Baile nam Bàrd"

An important symposium on the history and literary heritage of the MacMhuirichs takes place in South Uist on Saturday 25 August 2012. The symposium takes place as part of a weekend of celebrations dedicated to Scotland’s greatest bardic dynasty, the Clan MacMhuirich or Clan Currie.

The MacMhuirich symposium, being held at lochdar School in the village of lochdar, will bring a new perspective to the role of the MacMhuirichs in Scottish literary history. The MacMhuirichs, a name later anglicized to ‘Currie’ and in some parts of Scotland as ‘Macpherson’, ‘Murray’ and even ‘MacMillan’, served for over 700 years as professional poets to the Lords of the Isles, and later to the MacDonalds of Clanranald. Members of the public are cordially invited to attend this event. 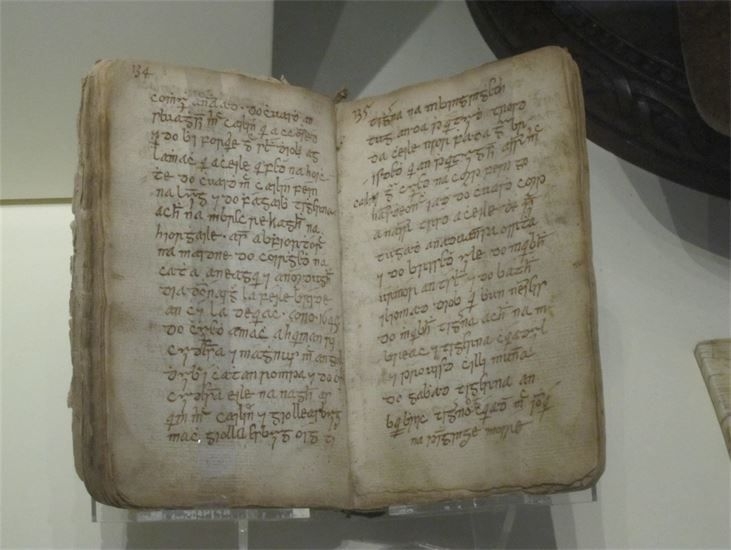 The MacMhuirich Symposium precedes the building and dedication of a memorial cairn (monument) in honor of the MacMhuirich bards of South Uist at Stilligarry. The cairn will include stones submitted by clansfolk from the four corners of the globe representing the clan's far-flung sons and daughters.

Robert Currie, President of the Clan Currie Society in New York, commented: “South Uist is a most appropriate place to mark the achievements of Scotland’s greatest bardic dynasty. We know that such a distinguished gathering of speakers will do honour to the MacMhuirichs at the symposium in August.”

A warm invitation is extended to all events over the weekend of 24 to 26 August, including in addition to the symposium, a clan golf challenge and welcome reception on Friday evening, a dinner and ceilidh on Saturday, August 25 and to the erection and dedication of the MacMhuirich Cairn on Sunday 26 August. For further details and information on how to register for each event visit www.clancurriegathering.com.

1. About The Clan Currie Society

The Clan Currie Society, an American-based, international, non-profit cultural and educational organization, is the preeminent Scottish-American cultural society in preserving and promoting Highland heritage at Scottish Games, ethnic festivals, as well as community groups and classrooms.

Commissioned to mark the 10th Anniversary of Tartan Day on Ellis Island in New York in 2011, the Society launched the Ellis Island Tartan. An everlasting tribute to everyone who passed through Ellis Island on their way to a new life in the United States of America, the “potentially world-beating tartan” (Scotsman) has received wide acclaim since its launch. It was featured on the runway at the annual Dressed to Kilt fashion event on 5 April 2011, part of New York’s Tartan Week celebrations.

The Society's signature events include The Pipes of Christmas - a musical celebration of Christmas performed on bagpipes and brass, harp and fiddle, and organ - and the annual observance of Tartan Day on Ellis Island. The Clan Currie Society is the Title Sponsor of the National Scottish Harp Championship of America.

In April of this year, the Society announced the "Duais Clann iMcMhuirich" bursary they will give on an annual basis to Sabhal Mòr Ostaig, Scotland's Gaelic college on the Isle of Skye.

The Society was originally formed in Glasgow, Scotland in 1959 to further the knowledge and appreciation of the MacMhuirich (pronounced MacVurich) bardic dynasty. Today, the organization is a respected producer of outstanding programs and events to honor Scotland's rich culture and ancestry.

The MacMhuirichs served for over 700 years as professional poets to the Lords of the Isles and later to the MacDonalds of Clanranald among other prominent Highland clans and families. The Red Book of Clanranald, one of Gaelic Scotland's literary treasures, was penned by successive generations of the MacMhuirich family.

In more contemporary times, MacMhuirich poetry and short stories have been chronicled in Alexander Carmichael's Carmina Gadelica, Angus MacLellan's Stories of South Uist, Thomas Owen Clancy's The Triumph Tree (Scotland's Earliest Poetry 550-1350) and An Leabhar Mor – The Great Book of Gaelic. The ancient and historic MacMhuirich name and its anglicized equivalent Currie can be found throughout the Western Highlands and Islands of Scotland.

Dr. Currie began teaching church history at the Center for Urban Ministerial Education (CUME), the Boston campus of Gordon-Conwell, in 1998 and joined the faculty full-time as Director of the Doctor of Ministry Program in 2005. To all of his work, at each Gordon-Conwell’s campuses and elsewhere, Dr. Currie has brought a passion to nurture thinking Christian leaders. This passion has grown out of over a quarter century of ordained ministry in the Presbyterian Church (USA), including 15 years as the organizing pastor of a new church development.

Dr. Currie’s research interests include the history of evangelicalism, particularly in Scotland, South Africa and China; pastoral theology; worship; preaching; spiritual formation, particularly for clergy; mentoring; and discipleship. He was awarded a Ph.D. in Ecclesiastical History from the University of St. Andrews in 1991.

Dr Michael Newton is an Assistant Professor in the Celtic Studies department of St Francis Xavier University in Nova Scotia. He was awarded a Ph.D. in Celtic Studies from the University of Edinburgh in 1998. He has written several books and numerous articles on many aspects of Highland tradition and history in Scotland and North America.

He was the editor of Dùthchas nan Gaidheal: Selected Essays of John MacInnes, which won the Saltire Society’s Research Book award of 2006 and the author of Warriors of the Word: The World of the Scottish Highlanders, which was nominated for the 2009 Katharine Briggs Award for folklore research.

Professor Alan Titley has just retired from the Chair of Modern Irish in University College Cork, and was previously Head of the Irish Department at St Patrick’s College, Dublin City University. He is the author of six novels, more than a hundred short stories, quite a few plays and even some poetry. He has also written literary documentaries for television and recently wrote and presented Scéal na Gaeilge (‘The Story of Irish’), a film on the history of the Irish language.

His scholarly work has concentrated on modern and contemporary Irish Gaelic Literature, and his Nailing Theses: selected essays was published last year. He also writes a weekly column on current and cultural affairs for The Irish Times, and is a member of the Royal Irish Academy.One of his novels An Fear Dána reconstructs the life of the thirteenth century poet Muireadhach Albanach Ó Dálaigh, the progenitor of the MacMhuirich dynasty of poets.