Tartan Day on Ellis Island is one of the principal Scottish heritage events in the United States and the largest Tartan Day event in the world. Ellis Island is a fitting place to observe Tartan Day. The island and its historic buildings represent America's "Golden Door."

Describing the program, noted Scottish journalist and author Roddy Martine reported that of all the Tartan Day events held in the United States, the Ellis Island observance has, "stood out as a beacon of what USA Tartan Day is all about: the emigrant ancestors of ordinary Americans who over three centuries crossed the Atlantic Ocean to create the world's greatest democracy."

Tartan Day on Ellis Island is produced by the Clan Currie Society - one of the largest Scottish heritage organizations in the United States. The Clan Currie Society began its successful collaboration with the Ellis Island Immigration Museum in 2002 in the coordination and sponsorship of their first Tartan Day celebration. That year, Clan Currie and the National Museums of Scotland joined forces to host the traveling exhibit, "Home and Away: Highland Departures and Returns."

In 2013, the Society moved their annual program to New York's famed South Street Seaport due to the temporary closure of Ellis Island stemming from Hurricane Sandy damage.

The Clan Currie Society is a founding member of the NY Tartan Week Alliance, formed to provide oversight and coordination to the week-long celebration of all things Scottish. 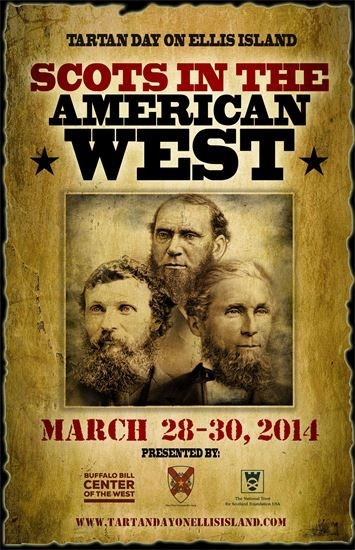